Strange behavior on the z axis along the point cloud.

I made a survey using a mavic 2 pro, nadiral camera, AGL flight at 80 meters (due to obstacles). I have this strange result. The area of ​​the survey is practically a rectangle with the short sides facing north and south and the long sides ( about 500 meters) facing east and west.
referring to the south side, to the targets that I have grounded, at the end of processing the xy coordinates are correct and the z coordinate is included in the precision range (capture.png - capture 1.png). moving towards the opposite side, the z coordinate gradually worsens until it reaches about 10 cm. In the elaboration, first step, I used: complete elaboration, geometric correspondence verified, automatic calibration. Step 2: default densification, minimum number of matches 4.
I used the latest version 4.5.6 that I had and the last one downloaded from the site (all discovery). I tried to process the same data set with other software, and the point cloud is correct. Anyone have any suggestions? 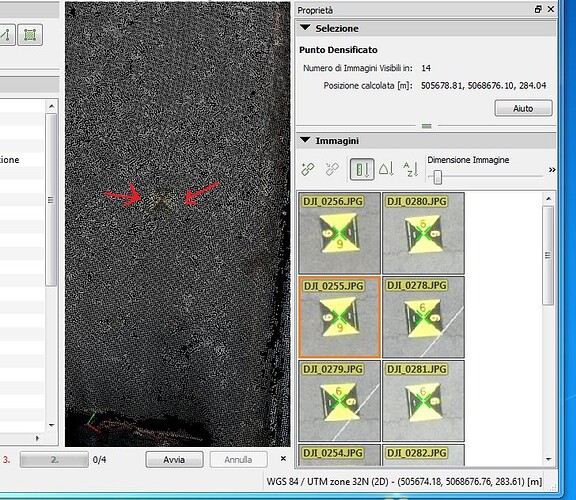 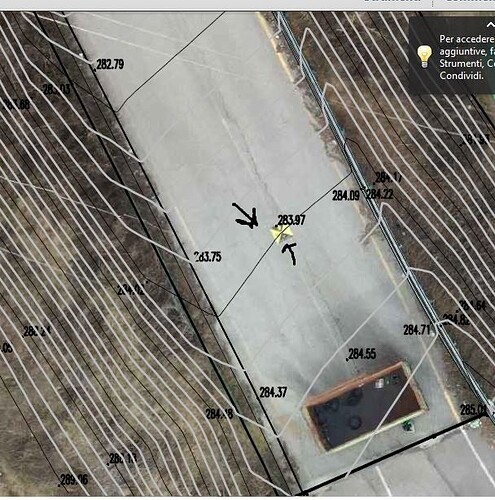 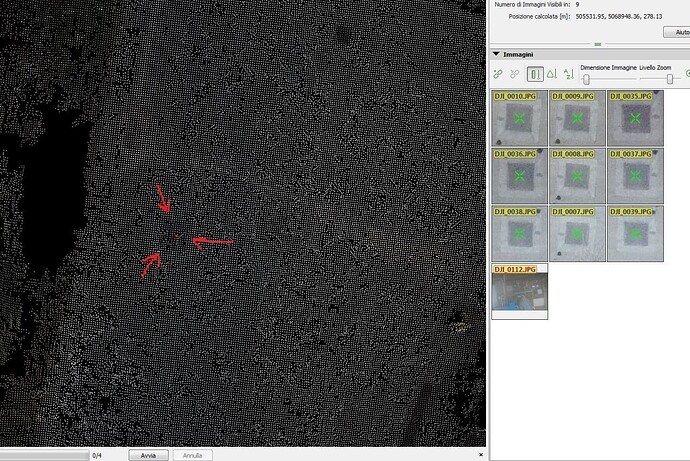 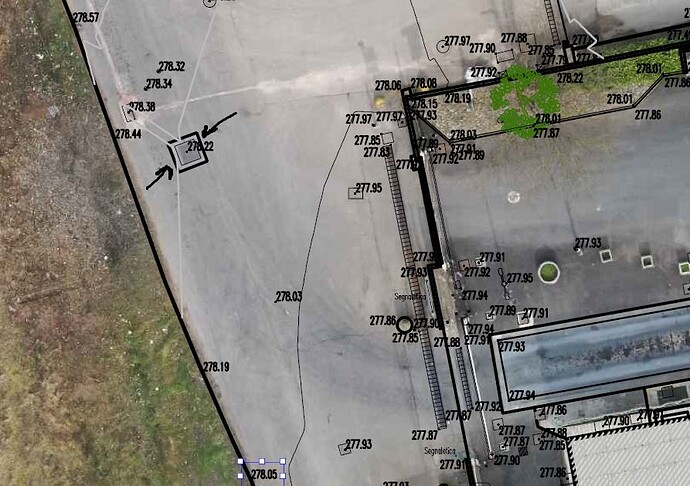 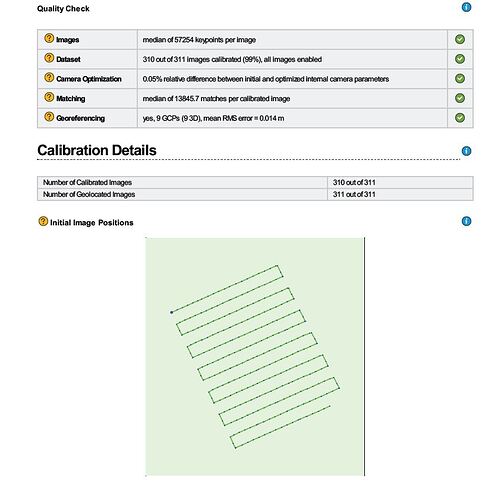 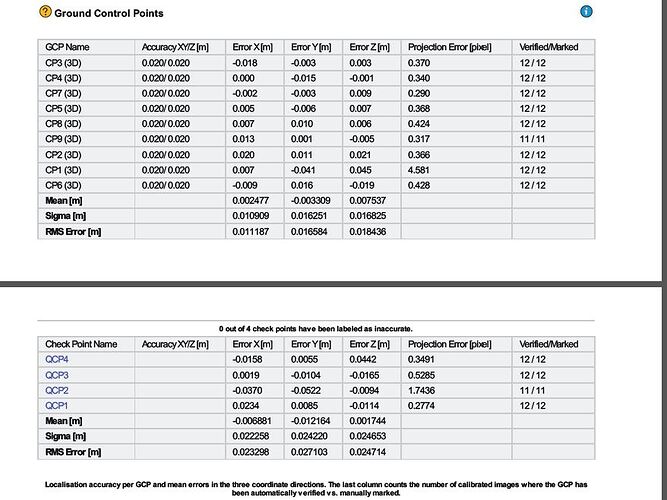 Secondly, you are describing errors in the z. When looking at your check points the greatest error is 4cm. I do not see where the 10cm originates from.

Can you provide the full quality report so we can assess?

Hello Mike,
yes I have a workspace enabled … can it be that it creates these problems?
The total area is much bigger, with the flights I went beyond the necessary limits in order to have some material in the work areas. Then, after the first step, I created the work area also to speed up the calculations.
Problem on z:
I had opened a post about problem z a few months ago (Problems reading heights using DJI drones when entering GCPs measured with rtk). By following the directions I had solved Z’s problems with DJI drones. However, I never had the problem of trying to change the height of the photos as well.
In fact I have updated the old post with this new question, but the post has probably not been read.
I decided to do a second processing by modifying some things and I got much better results.
The output reference system> same modalities in the two elaborations (wgs84 32632, z arbitrary)
GCP / QCP> same modality in the two elaborations (wgs84 32632 z arbitrary)
These two options in order to force the project to have the Z of the GCP / QCP)
Import photos> here I changed:
First processing: standard sr wgs84 (default load ,no advanced option)
Second processing: sr wgs84 but with arbitrary z (default but with advaced enable).
furthermore, in the second elaboration, I enabled: use geomertically verified matchig.
I also removed some MTPs that I had created to be able to hook up another project that included a chimney (new project with circular flights at a different altitude that I would then merge) and that I could not insert in this project since it was very high (over 80 m) and I it would have forced a flight too high.

In this way I obtained a correct cloud and with greater precision.

How do I affect the two variations I made? do i always have to use them?

Hi Mario.
Yes, remove your processing area and it should correct the rectangle you see.

I look at your two quality reports and the issue I see is that in the nadirale_new_setup_ok you have high camera optimization. I would suggest enabling All Prior under step 1. 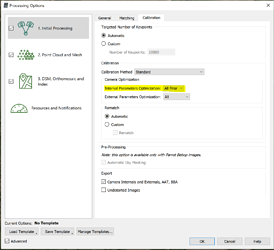 I guess I don’t fully understand your problem. Your RMS errors for your GCPs is very low which means that the model was fitted to your GCPs very well. If your GCPs have the correct arbitrary Z elevations then elevations of your output should be good.

Hi mike, by setting the calculation parameters of step 1 in a more targeted way, I can get a good result, but I’m realizing that I probably programmed the missions wrong.
First I put the gcps on the limit of my analysis area while instead I should have put them beyond the limits of my area so that the limits of my area were included in the correction and not that they were the limits of the correction.
Furthermore, the mountainous area and the presence of very tall buildings close to the mountain, in some way distorted the reconstruction of the model but unfortunately the AGL flight, due to the presence of high voltage cables, did not allow me to adapt completely to the real height from the surface to be photographed.
It was a very complicated job … but somehow I got out of it.
Thanks for the support